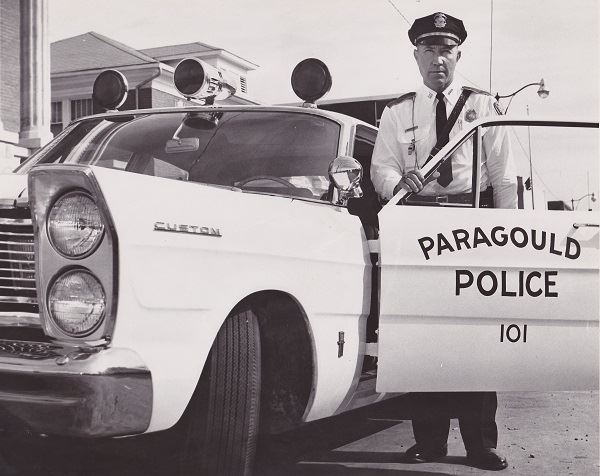 The city of Paragould was incorporated as a city on March 3, 1883.  At the time of the incorporation, law and order was maintained by a city marshal and the county sheriff's department.  As one would expect with a new and growing city, lawlessness began to escalate and law officers faced many difficult challenges.

In May of 1908, the city of Paragould was upgraded to a city of the first class, bringing with it the requirement of having  established police and fire departments. In the ordinance establishing the police department, the following positions were authorized:  Chief of Police, Sergeant, Patrolman, and Pound Master.  The salary for the Chief of Police was set at $800 per year, just $100 per year less than the Mayor.

Over the last 113 years, the Paragould Police has continued to "Serve with Pride", and has evolved into an agency that provides outstanding service to our citizens while utilizing some of the latest technology available to law enforcement.

Pictured at left is then Captain Dub Meadows with a newly delivered 1965 Ford Custom police unit.  This photo was taken in November of 1964.